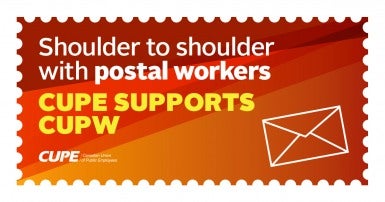 Nov 13, 2018
Labour relations between cafeteria workers, represented by CUPE 2999, and the Université du Québec à Trois-Rivières have taken a turn for the worst. At a general meeting last Saturday, employees of the Sodexo-managed cafeteria voted unanimously in favour of pressure tactics, up to and including strike action—and this after only one bargaining session.

“The first time the bargaining teams met on November 8, the union made it clear that it refused to negotiate with an employer bargaining team that included an individual who had shown disrespect to members working on behalf of the union,” said CUPE representative Mario Fontaine. “CUPE filed a grievance demanding a harassment-free workplace right at that first meeting.”

On November 7, a member of management acted with disrespect and raised his voice to the president and vice-president of the local when they were defending the rights of a member. As a result of this altercation, the union opted to hold a general meeting the following Saturday.

“At the Saturday meeting, the membership learned that what happened on November 7 was not an isolated incident. In fact, there is a history of similar episodes. The members are 100% behind their union and will not tolerate any harassment of its representatives,” Fontaine concluded.

Find other news from CUPE National in their newsroom